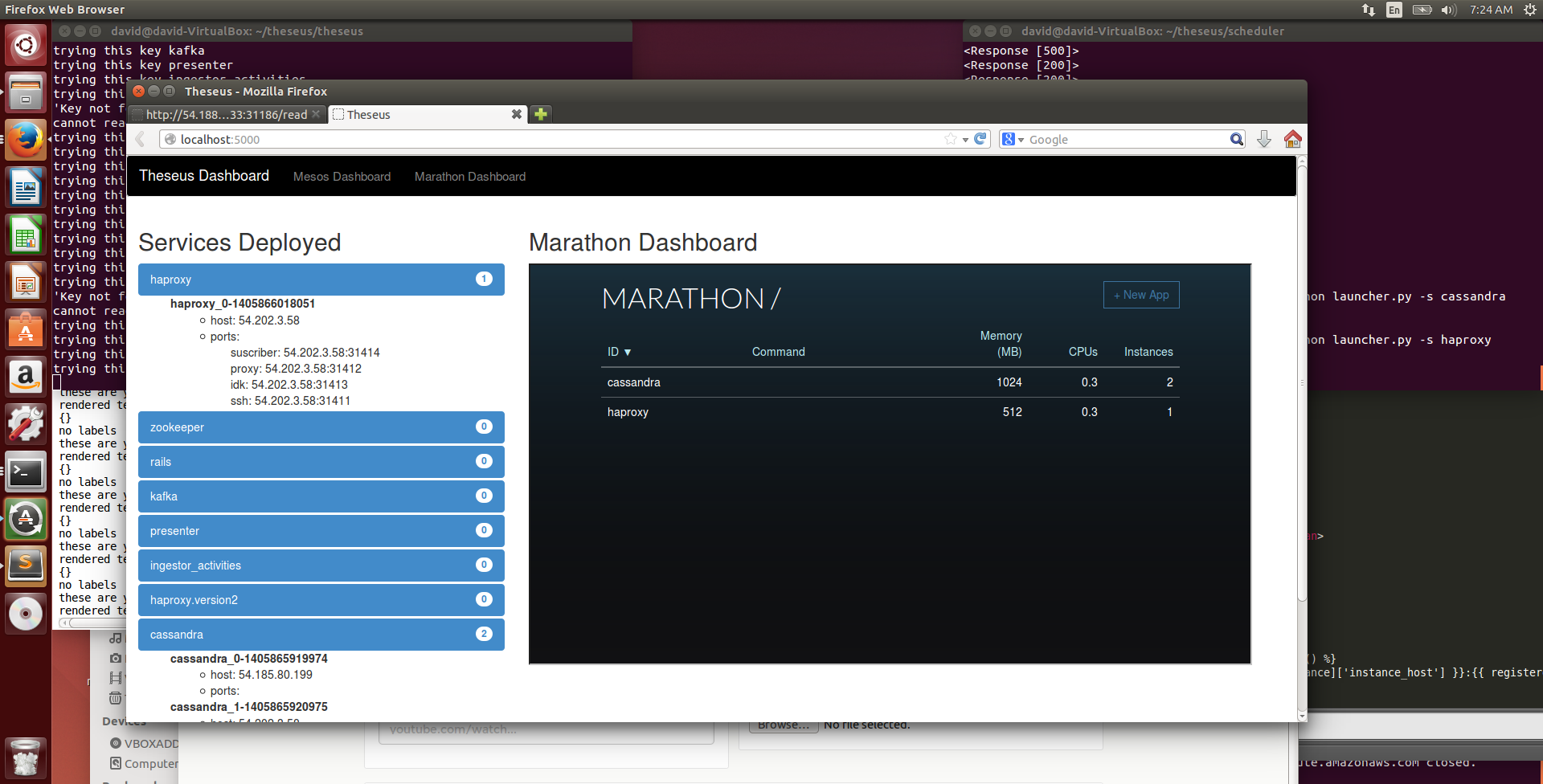 Theseus empowers developers to deploy dockerized applications seamlessly on Amazon EC2 instances without manually performing configuration management. A service deployed through theseus can undergo rolling updates and move dynamically among hosts in the cluster based on resources and still remain highly available.