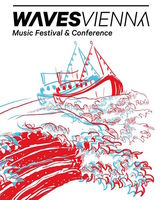 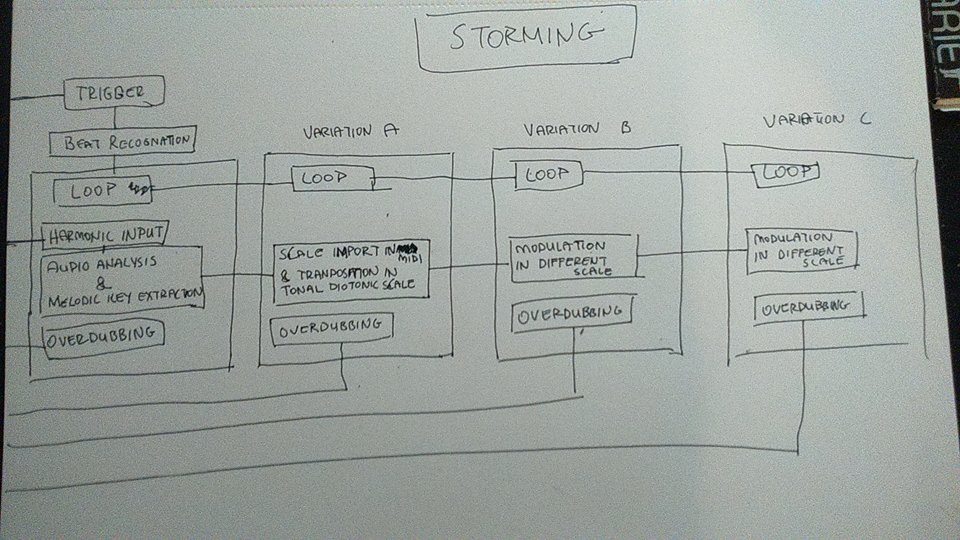 The main idea beneath the project was to create a device for multi-instrumentalists for live-performances. The process begins with the first rhythmic input, it starts recording and simultaneously analyses the audio for beat recognition to determine the first loop interval. After the determined interval is reached, it enables overdubbing. With the second input (e.g. harmonic instrument), the musician now decides in which tonality the scale will be based on. The second audio goes through scale recognition, determines the key tone and readies a midi bass line modulated in a diatonic scale. With the first loop now fully ready, with rhythm and harmony, the musician can do overdubs / solos as long as he decides. Using an external trigger he can cue the next loop, in which the tonality of the base loop will be transposed in different harmonies and scales. As an example: in blues, the first loops harmony is tonic (I), the second would be subdominant (IV) and the third, dominant (V). A progressive looping for musicians with endless possibilities.