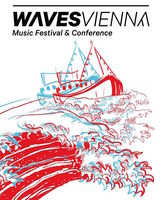 SONØR is a electro-acoustics instrument which is played by 2 performers and uses everyday objects (up to 3 objects simultaneously) as its own resonant body. Excited through the players voice, the objects reproduce the sound enriched by their own resonant characteristics. through pickups each object is then individually recorded into a buffer and played back into the same (or another) object. The longer this recursion continues, the more the own resonant characteristics of each object overlaps. This procedure enables the instrument not only to adapt the sonic characteristics of any vibration capable object, but also to mix them together. While the operating software works digitally, the actual sound modification happens in the object itself through its own natural acoustics. The operating system is controlled through a tablet which docks onto the main segment (SONØR is set together out of 4 segments). Through it the player has various possibilities of manipulating the process. The other 3 segments serve as „docks“ for the Objects. Each of these contain a vibration-speaker which induces the sound and a piezoelectric microphone to pick it up. The second player interacts with the object and manipulates the sound in a direct physical way.