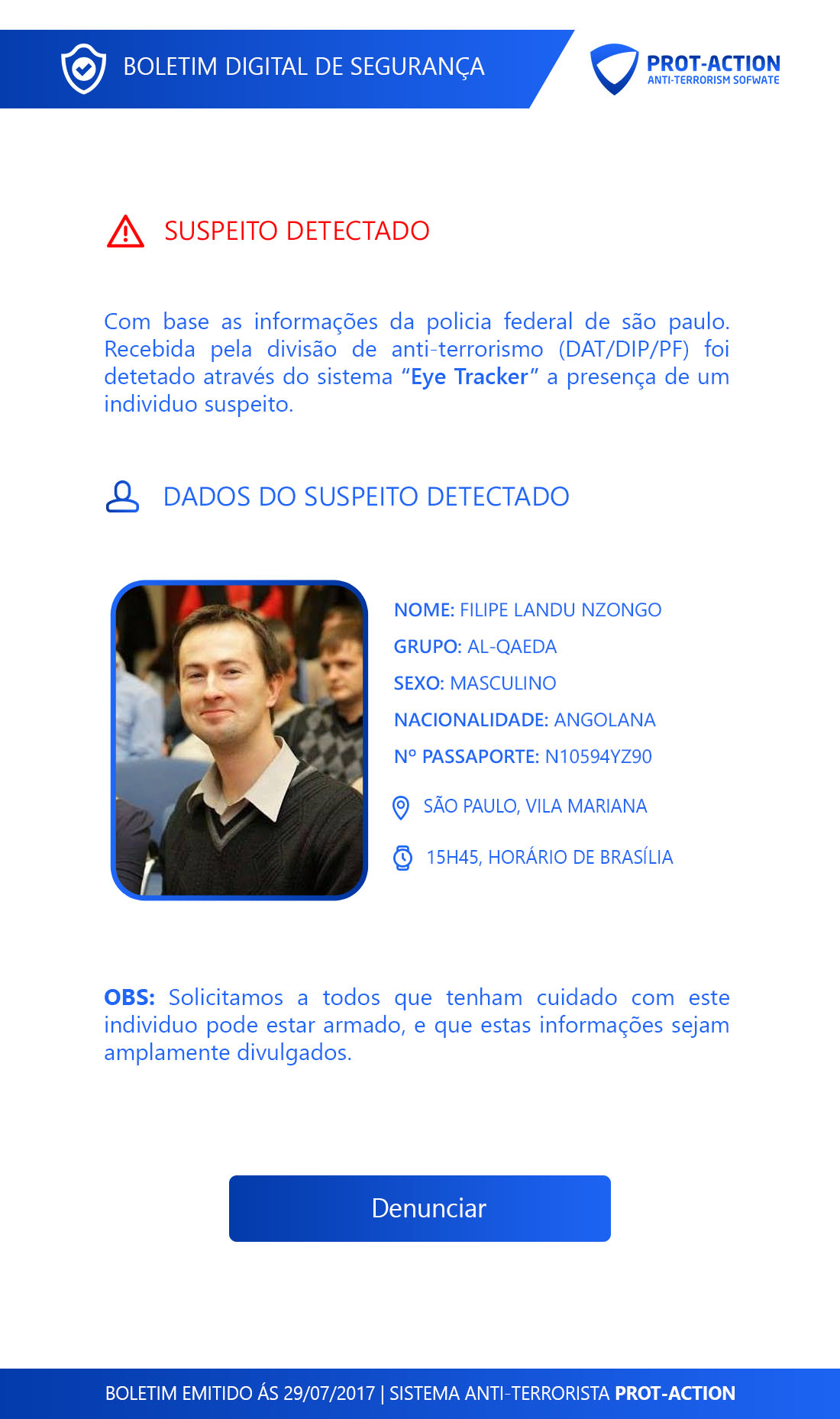 Terrorist attacks have been terrorizing the world's population for decades, governments have struggled a lot with this evil that plagues our planet, however we have developed a solution. Innovative technology that aims to prevent terrorist acts, through our system we can perform real-time predictive analysis using Microsoft Azure visual recognition. Through PROT-ACTION we can detect possible suspects (terrorists) using urban security cameras. Benefits Our system can be deployed in places with greater movement of people like: airport, subway station, bus stations etc ... In addition, PROT-ACTION can be integrated in the future with the federal police or Interpol database.