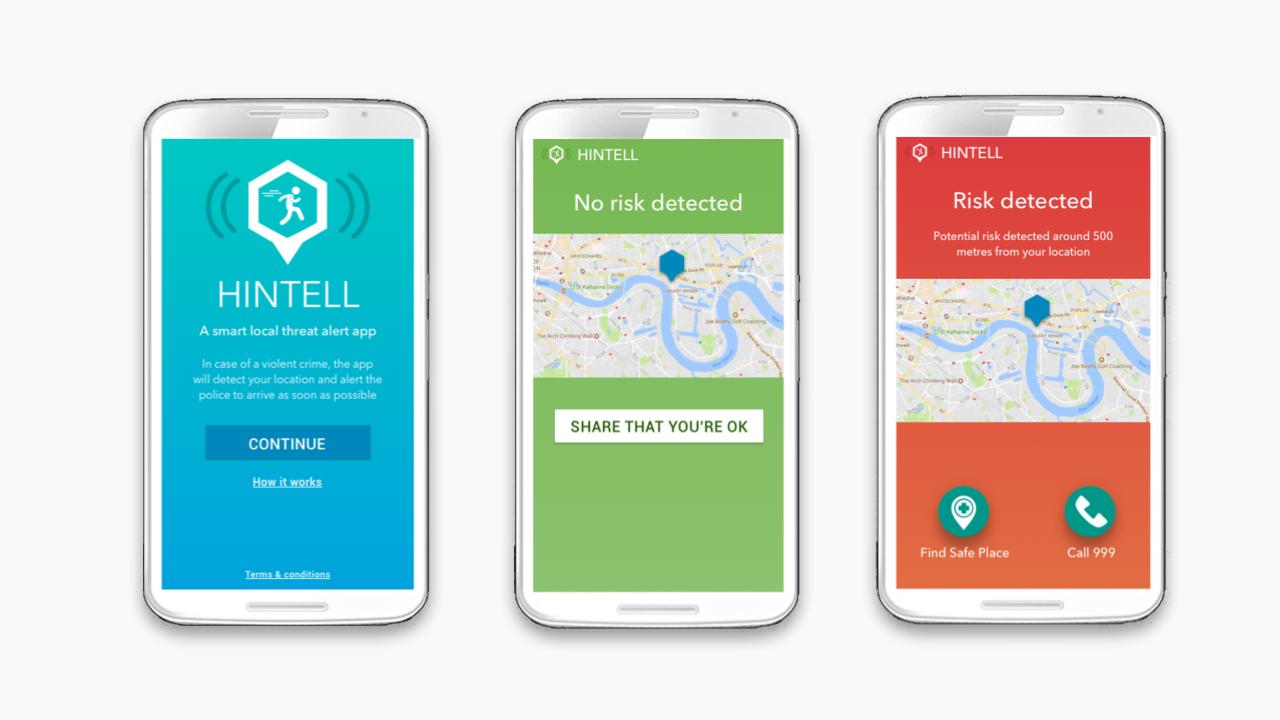 Everyone is a super hero, now that you can fight & prevent crime by one smart app! HOW? Urban crimes has a pattern: After terror attack or before knife crimes… there’s a run. A panic run. And we’ve got a sensor motion on ourselves to alert when this happens! So we analyzed user's motion in 3 levels: Walking. Good run. Panic run. So when you’re “panic run”... the app automatically alerts the police and other users nearby! Here’s Hintell - Smart local threat alert app, that the 5 of us created - in 30 hours. Users install the app that detect in real time their movement to find out if the user is OK or if the user is in danger, alert the police on a map showing real crime events nearby (from London’s met API) and alert other users in a notification, showing them WHERE nearby we detect there’s a danger. Our next steps if we’ll get funded, SCALING by building an Hintell API so any fitness app can add us as a secure service for their users plus EARNING REVENUE from health Insurance ad spend. Let’s fight crime, without doing a thing.

Could cause an extra level of panic. This needs to be addressed and thought through.
0

When Grenfell Tower burned out... you suggest the police should NOT alert the public surrounding?!

Extra panic will be any way, sooner or later. The main thing of the app is to help police react quickly. As side effect tell other people, not to go in that area.

When Grenfell Tower burned out... you suggest the police should NOT alert the public surrounding?!

Feel free to contact me if you need data! Nice presentation
0

This is an interesting idea that you've executed well, but I wonder how you could get enough people to download this to make it effective.
0

Thanks for reaching out, Edward! I personally think that every parent will install this on child's mobile and i guess that local authorities will PR us to get communities feel (and actual be!) safer.

Crimes at a location API > https://data.police.uk/docs/method/crimes-at-location/
0