Annotate photos and share with friends, family, and colleagues. 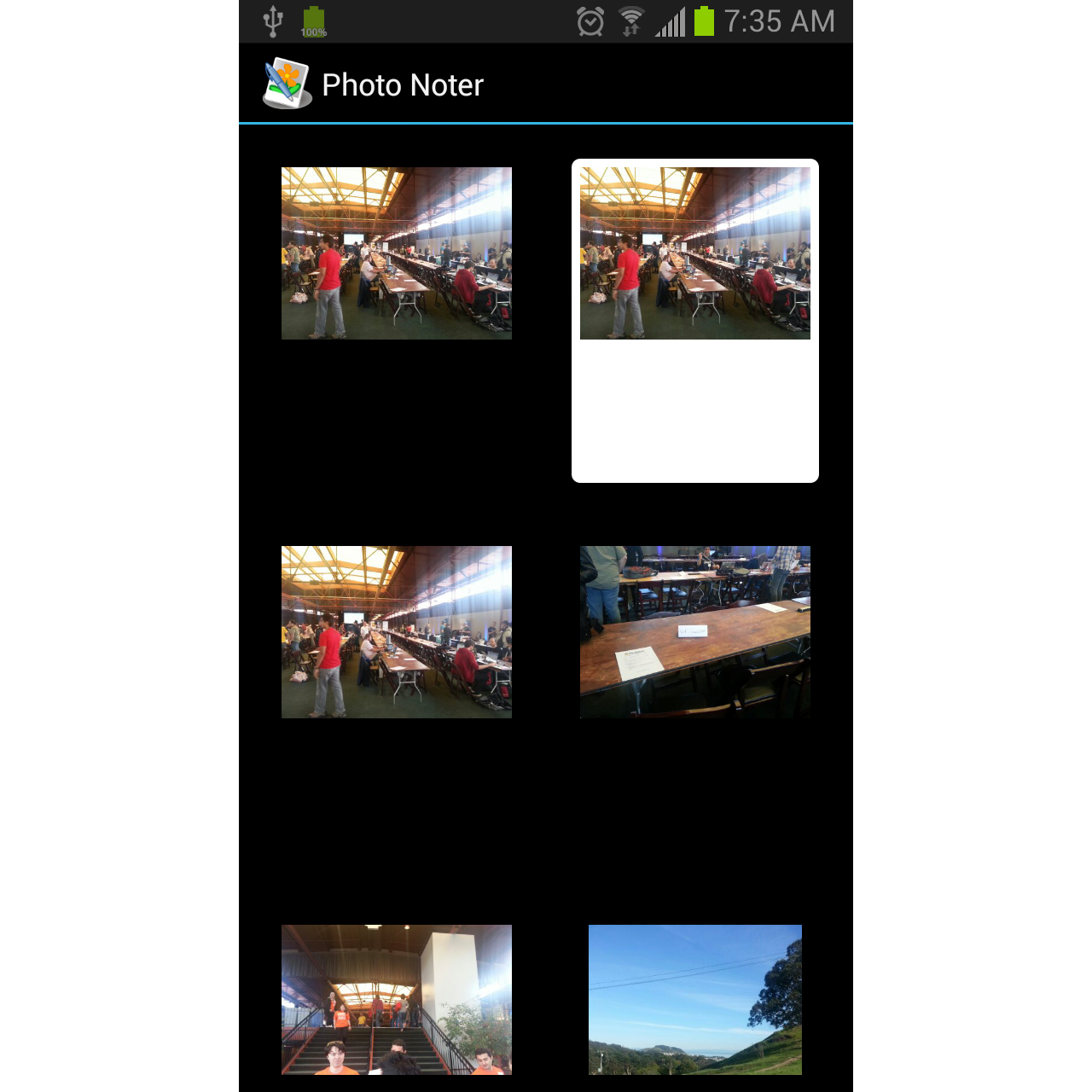 Photo Noter is the easiest way to annotate photos, show them to others, and video conference about them! Hot shot fashion consultant or interior decorator? Harried startup CEO trying to show your team what the new office options are? Want to remember the details about that awesome vacation with your girlfriend? Photo Noter is awesome for these use cases and many more. Easily write, sketch, and mark up photos on your phone with just a few taps. Tap the edge to put even more on the back. Photo notes are saved on your device and also uploaded online to allow easy conferencing. The Samsuns SPen allow writing thick or thin lines depending on how hard you press. The button also offers a shortcut to clearing the notes to write something else. The Jaja pen allows doing the same on other phones like HTC, and the extra button on that can open a pen menu for choosing color to write with. The online site not only lets you view photo notes, it also uses Google Maps to show where photos with geo-tagged location information from the camera were taken. A page hosted on MediaTemple allows using OpenTok video conferencing to do live meetings about the photos. Annotate on your phone from the comfort of a couch, then nail that million dollar office building rental contract with detailed annotated call outs for the best part of the property and video conferencing to explain all the details. NewAer is used to scan for WiFi devices and act different when the user is at the home WiFi network they set. When the app starts it checks if the user is at home, if they are, it uses less compression to upload higher quality photos. If they are away, it uses higher compression for quick uploads that won't cost much even on metered connections. The web site uses filepicker.io to make uploading photos there super easy and powerful for when you are at a computer. The Python part of the back end is running on Amazon, with the OpenTok live conferencing running on PHP on MediaTemple.