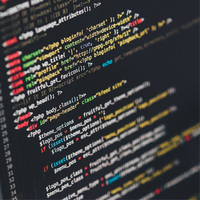 Geofairy.Map is a system created as an easy-to-go entry for the widely disparate datasets faced by both governments and corporations today. The system hubs many kinds of data sources, especially governmental datasets from NGA, NOAA, NASA, USGS, EPA, etc, and makes it much easier for people to discover, access, view and retrieve them via as few clicks as possible. With Geofairy.Map, users no longer need to jump about on the Internet and get exhausted to reach the information they are interested in. The time spent by users on data accessing is significantly reduced. This feature will be very helpful in the situations of emergency such as military actions, disaster responding and daily information quick inquiry. Here is some background information about the center and the submission The Center for Spatial Information Science and Systems (CSISS) is a GMU university research center dedicated to develop geospatial interoperability standards and standard-compliant interoperable geospatial web service systems. The center also operates those systems for the sponsors (such as USDA). Established in 2000, the center is operated solely on funding mainly from federal agencies, including NASA, NOAA, USGS, USDA, DOE, and NGA through grants and contracts. The center has an annual budget about $3 million and has about 20 researchers. The commercialization of technologies developed by the center is mainly through GSTS, a small, women-owned minority company. The center has been a world leader in the development Geospatial interoperability standards and systems. The center director, Dr. Di, served as the chair of INCITS/L1, which is the U.S. national committee responsible for setting national standards on geographic information and representing US in ISO TC 211, for 6 years from 2010 to 2016. Many of GWG, DGIWG and FGDC geospatial standards are adopted from INCITS/L1 standards and both NGA and CSISS are members of INCITS/L1. The center has been funded by NGA university research initiative to develop the intelligent geospatial web service technologies and by NGA's National Center for Geospatial Intelligence Standards (NCGIS) to develop ISO 19130 Imagery Sensor Models for Geopositioning. The standard has been adopted as US national, GWG, and DGIWG standards. The center has been a OGC member since 2000 and has been a funded participant of OGC Web Service Initiatives 1-12. The center has developed many influential standard-compliant interoperable geospatial web service systems and operated them for the federal agencies and international organizations as their operational capabilities, including the CropScape, VegScape, and RF-CLASS systems for the USDA, and the GEOSS CSR for USGS & GEO. CropScape won 2011 USDA Secretary Award for its innovation in E-government. The center’s Security Smart M.Map has been selected as one of the finalists in the on-going worldwide IGNITE App competition organized by Hexagon Geospatial. Geofairy, the mobile client on which the Geofairy.Map is based, won the third place in the world-wide Appathon organized by Group on Earth Observation (GEO) in 2014. Over 140 apps from 53 countries were submitted to Appathon. GeoFairy has also selected by OGC as the mobile client for OGC OWS-12 initiative. https://youtu.be/P6Dg64cVE7Q

Don't like how you have to search each dataset. We need the capability to search unknown and very large datasets. Not feasible if this must pull in data to a new environment. Poorly demonstrated in video, with no audio. Seems very basic visualization of data--can you aggregate with this tool?
0

Would like to score this as a zero. The system will not allow zero as a rating. Immature and not an enterprise viable capability
0

Don't like how you have to search each dataset. We need the capability to search unknown and very large datasets. Not feasible if this must pull in data to a new environment. Poorly demonstrated in video, with no audio. Seems very basic visualization of data--can you aggregate the data with this tool?
0

Available information did not allow for an effective evaluation.
0