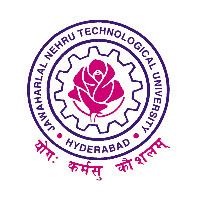 https://drive.google.com/file/d/0B9uXSgRK28NMYmZEVEk0WUpDYVU/view?usp=sharing We are in a generation of smartness where the world is interested on Autonomous things. We prefer the things which are easy, fast and also reliable. In this smart world, the crucial concept that should be focused is Security which should be considered very seriously. In the present days, locking system with a PIN is considered to be more safer and convenient way to unlock the door, where as one might face the difficulty of using the pin in public. So the product idea sugests a unique door locking system using NFC(Near Field Comunication). A Surveillance System is placed at the entrance of the room which detects. As soon as the intruder unlock the door using NFC and open the door he will be caught under the camera. An IR sensor is used to detect the opening of the door and it triggers the camera to take the picture of the intruder or any robot. Each intruder is sensed using a PIR sensor, his picture is captured and send to the owner via an MMS. The owner can verify the intruder and he has a chance to take a decision. He can lock the door from his place and change the ID such that the people inside the room are blocked and he can give intimation to near Police Station. Mean while the camera will track the intruder and record his activities for our future playback after we return to our home. A code is interfaced with all the family members. If the code gets leaked or the NFC device is stolen, the owner can change his password from the main module present at home from cloud, making it more secure. Target customers: • shopping complex • banking sector • personal usage for Smart homes

E04-02 Smart Security: Very short span acquired for us to do this product because of many reasons, even now its not yet completed, only partial output.
0

E04_02 Smart Security: After many hurdles today we have achieved our first step in our product and trying collaboratively to complete the product in the time.
0

E04-02:Smart Security_ Today we received new raspberry pi 2 and setup the LAMP server in it. We looked for face recognition and video streaming techniques.
0

E04-02:Smart Security_ Today we received new raspberry pi 2 and setup the LAMP server in it. We looked for face recognition and video streaming techniques.
0

E04-02: Smart Security_ Yesterday we tried to install SimpleCV on pi but since post lunch our pi was not working properly
0

E04-02 Smart Security: Today we have used the Raspberry PI Camera and we generated code for capturing image when an interrupt is occurred using PIR sensor.
0

E04-02: Smart Security: Today we have received some of the inventory and observed thier usage and working.
0

E04-02-SMART SECURITY:Today we executed some sample programs and able to debug the errors .
0

E040-02_Smart Security: Today we setup the wiringPi- GPIO interface, created the database to upload data to server. We are studying about the modules involved in our product and waiting for the hardware to start our project.
0

E04-02_Smart Security: Today we have prepared the "Project Proposal, Project Plan and SRS".
0

E04-02_SMART SECURITY:Today we recognized the IP address of Raspberry PI and updates its OS and we had up graded the OS.And gone through the commands required for the PI by using putty .
0

E04-02_Smart Security: Gained the basic knowledge of Raspberry PI and received the PI kit. Made the Inventory list for our product and uploaded to drive. Interacted with Ayyappa Sir.
0

we had done the flow graph for different modules used in our project and analysed it.
0

E0402: Smart Security; idea is finalized Today we have learnt about Design Thinking and done few hands-on activities to achieve a better solution design for my product.
0

EXCITE_JNTU E0402: We have learnt about Business Models, Worked on Product Engineering Map and prepared the document for our product.
0

EXCITE_JNTU E04-02: Today we have interacted with the start up Entrepreneurs and mutually shared our thoughts
0