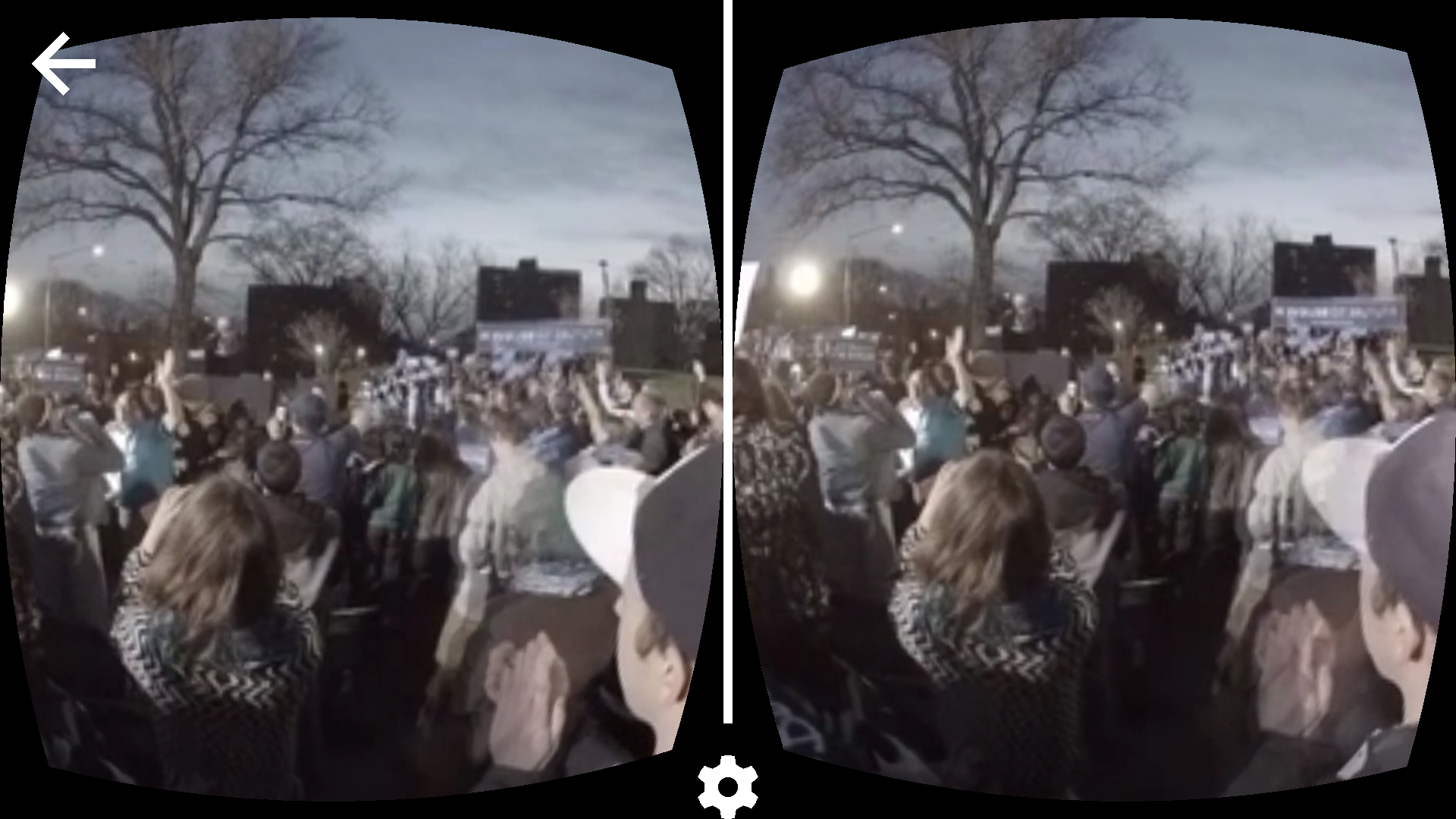 This project is a stereoscopic 360 video recorded at a Sanders rally in the Bronx by Kevin Barry. The implementation utilizes the in-development WebVR API to deliver the VR experience via a web-browser. It can be used with Firefox or Chrome web-browsers, either on a mobile phone with a Google Cardboard viewer (ideally no special apps need to be installed), or a decked-out VR rig (e.g. desktop computer with Oculus Rift). At various points, 3D visualizations appear in the VR scene, hopefully to convey/emphasize information that Sanders is delivering at that particular moment, but due to time limitations the visualizations are just a proof-of-concept, with no bearing on the speech.

You put it very well -- emotional state from VR linking to drive and convert donations ... great even with no sound -- would work well even as a mobile app to just show the 360 view. Winning these headsets are also a good conversion tactic considering they are so inexpensive.
0

This is a really cool concept and I'm excited to work with it more. I agree it's a great way to get more people to experience Bernie rallies and I'm intrigued by the possibility of adding charts and stuff based on what Bernie is talking about -- we should definitely talk about this more.
0

Very cool stuff and I think something that can go viral, extending a physical event through technology is a way to remove media bias as well. I like it a lot. I think the VR aspect should be played up for awareness but played down a bit to make sure people don't write it off cause they don't ever/have never done 3D video.
0

Really cool idea to generate excitement. Hard to build, but has a lot of potential to go viral. There is probably so much you can with this, like the meet Bernie idea.
0

Awesome idea - could see this blowing up. A bit of a novelty (target audience is largely supporters) but could be extremely impactful for supporters in states/places where Bernie hasn't gone. Definitely a younger demo appeal, but that could give it great social media traction. We should talk about the rally on Wednesday.
0

This was really cool, and I like that you were realistic about how it can spread beyond people who have VR gear.
0