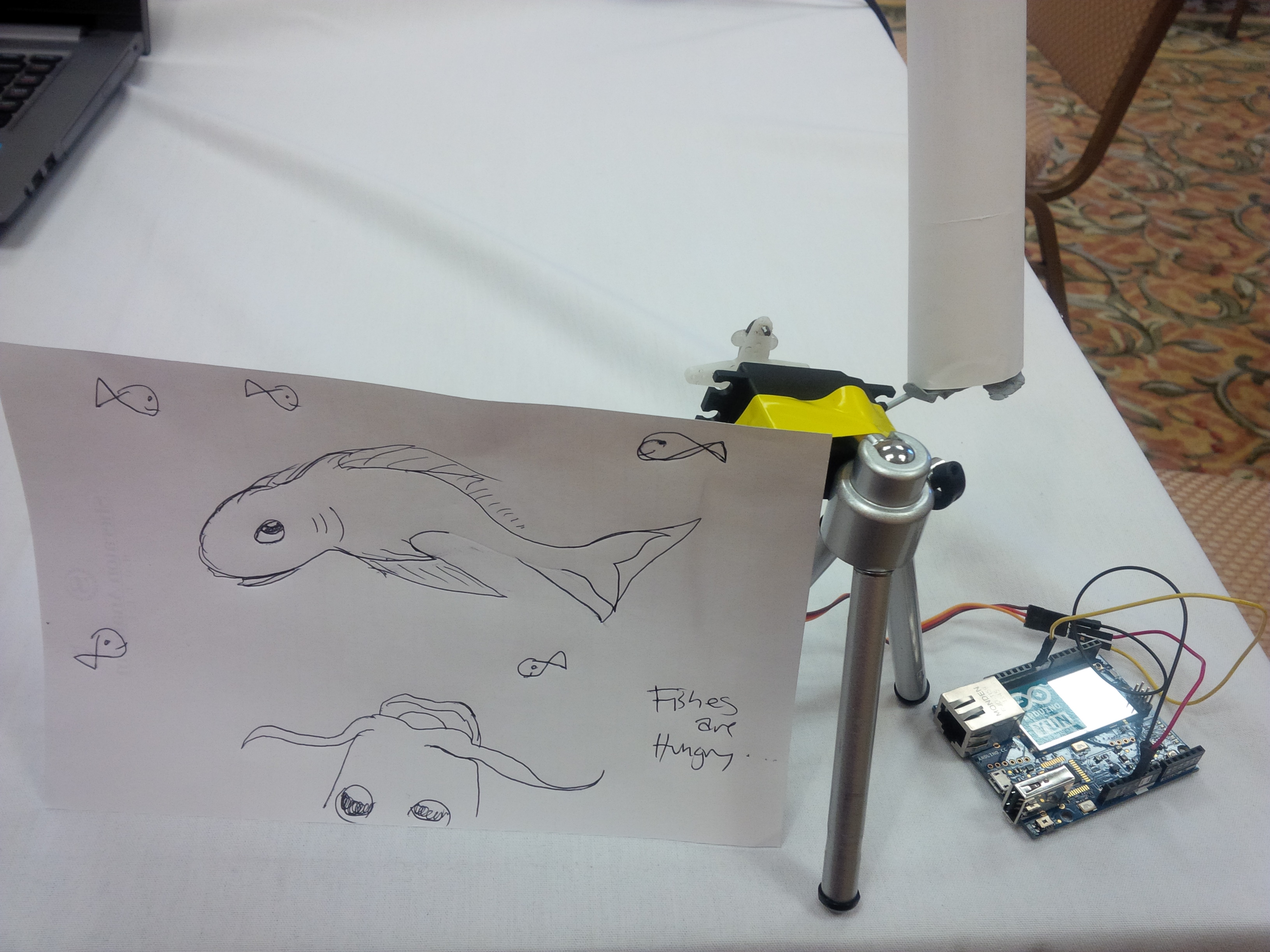 We are starting an Arduino tutorial curriculum that people can follow to learn how to get started with arduino. It can intimidating to look at the arduino and not know where to start. We also want to lower the language barriers and have more latinos come to hardware hackathons. We also want to inspire more girls to take on hardware hacking and that inspired us to start these tutorials. For the first hardware hack tutorial, we will be using a text to speech api that will have the Arduino Yun call your phone which make the servo move on command by using your phone.