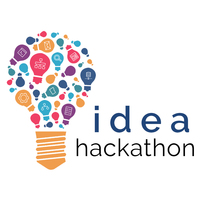 We plan to use AI in the field of medical research.

Since the ancient ages, medical technology has come leaps and bounds. We have increased the average age of an individual from 40-50 to 70 in the last century. However, in recent times things have somewhat stagnated. In spite of the numerous amount of research being done in medical science, we still haven't been able to find cures for diseases like cancer, AIDS, etc. We believe that this problem is due to our physical limitations as humans rather than lacking something in knowledge. After all, we age too! One who wishes to take up a career in academia first needs to catch up to all the research being done in their respective fields before they can do their own research and make further progress in their field. However, by then, the individual would have considerably aged and wouldn't be able to operate at his earlier levels due to ageing. We hope to remove this human limitation by building an Artificial Intelligence (AI) program which catches up with all the research in the world and ultimately itself tries various permutations and combinations to find a cure for these diseases and ultimately cure the disease which is ageing. Any self-sustaining AI can catch up with all the research in a week or two and then can build on finding solutions to the problems we face. To build this, we would have to code in programming languages like Java, Python which are great for building an AI. We would need tech which can process all of this data correctly and efficiently. We would need access to all the research which has been done in the past. Ultimately, we would not only need the code to work but also the corporation of everyone around us and combine our efforts to build a greater future for all of mankind.