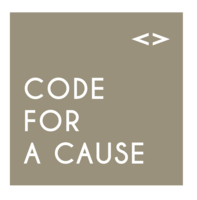 HIV and STDs among gay men and other men who have sex with men are a major public health concern. One challenge is that most gay men don’t know what they need to take care of their sexual health. A San Francisco study of MSM's – five years into a syphilis epidemic among gay men – found that only about 70% knew how often it was recommended that they get tested for syphilis. And less than 40% got tested according to the recommendation. Another challenge is that clinicians often don’t know and don’t ask the sexual orientation of their patients . Even if they do, they often fall short of CDC recommendations in advising their gay patients about their sexual health. And many of the tests gay men need are different from the ones recommended for straight men and women. Further, gay men have no good or easy source for knowing what they need. For example, CDC’s STD Treatment Guidelines are aimed at a physician audience and woefully incomprehensible to the layperson. Dr. Dick could be an important part of the solution; one study has shown that the use of technology ­ including email and text message reminders ­ could effectively increase rates of STD testing among gay men. Through Dr. Dick, we hope to empower gay men to take care of their sexual health by educating them on which tests they need and how often and where to get those tests (e.g., gay-­friendly doctors, STD and HIV testing sites), and reminding them to get tested as appropriate. Dr. Dick will help translate CDC’s STD Treatment Guidelines into actionable knowledge for gay men while connecting them to vital health resources and information). In the news: http://angelhack.com/2016/04/20/dr-dick-a-sexual-health-app-to-promote-hiv-awareness-prevention-amongst-gay-men/